Behind The Scenes Of The Christmas Production – Teachers’ Version 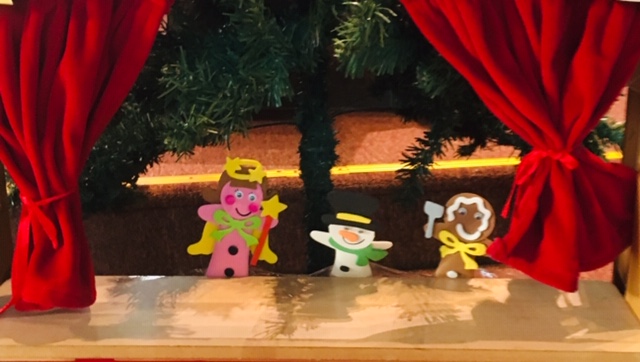 So Bella Learning thought we’d give a little ‘behind the scenes’ insight into how a primary school production makes it to the stage… (clue: it’s normally very touch and go)

The planning of the Christmas production starts way in advance – sometimes even years. Schools will usually have a tried and tested method and live in fear of an enthusiastic new member of staff coming up with something ‘quirky’ and ‘original’ to do. Teachers will be silently auditioning pupils through the months of September and October and have even been known to buy props over the summer holidays. The discussion of which class gets which ‘scene’ of the production can get quite heated in those early planning stages…

Ahh, the dreaded casting. Teachers cannot win here. It doesn’t matter what they do and how they do it, there will always be at least one devastated ‘extra’ who wanted to be the star, a child who tells you in no uncertain terms that they want a large speaking part only to refuse to speak in public and a handful of letters of complaint from parents that ‘it’s always the same kids’ getting the main parts. Keeping everyone happy at this stage is pretty much impossible, as is creating a ‘fair’ cast that will actually produce a production that anyone would want to watch.

Rehearsals start around late October and become more and more intense as time goes on, until the week before the production when there is just ‘REHEARSE ALL DAY!!’ emblazoned across the timetables. Normal service does not resume until the new year. Repetition is the name of the game here and is probably why your child can now perform all the lines for the whole show and will probably do just that on Christmas day for you and the extended family.

Most productions go heavy on the songs as they not only create the ‘tear in the eye’ moment for parents (which let’s face it, is the ultimate aim) but because they involve everyone and take up large chunks of time. Learning song words and festive tunes is normally excruciating at first, but, once committed to memory, results in wonderful impromptu choruses in the lunch hall, in the corridors, in the maths lessons and on the bus home. Staff Christmas parties also involve rousing renditions at the tops of voices.

You think getting your kid a costume for the performance is stressful? Try getting a class of 30 children clothed for the stage. It literally is like herding cats. As soon as you have one child sorted, someone else will forget their costume or lose it, or drop it in a puddle. Then you have the inevitable drama of one wise man dressed in a homemade outfit fit for the West End and another who has come in his football kit and a paper crown. And there’s the actual getting changed part, when you learn that half your class can’t undo a button or tie a knot.

Habitually a complete and utter disaster, the dress rehearsal is the most likely day for teachers to lose their sh*t. No one sings the songs, a couple of kids have a full blown fight about their position on the bench and the most important prop breaks in front of your eyes. There are normally tears on this day. From everyone involved.

You can almost guarantee that on the morning of the performance, your starring student won’t come into school. Cue frantic phone calls home, knocking on doors and a last minute understudy. Sometimes they’re ill, but sometimes they have gone on an early holiday, which they knew about the whole time (teacher grits teeth). Getting ‘hush’ backstage from the excited cast while the audience enter (‘Hi Mum’) is never achievable but we try.  Once underway, we resign ourselves to the inevitable confusion when someone says a line out of turn, the hilarity when someone farts and a warm heart when we see those Christmassy lop-sided grins singing the songs.

Here’s a tip: next time you go to a school show, instead of watching the stage, look behind you to the back of the room. There, you will get the real entertainment: a grown adult wearing a Christmas jumper, dancing around like a loon and mouthing the words in an exaggerated fashion until they collapse into heap on the floor.

But it’s worth it. It’s so worth it. We hope parents think so too.

For more articles and insight into primary school, sign up to our newsletter and check out our homepage for the services we offer.

Write your primary school related question here and we’ll endeavour to answer it in an upcoming article!